“You can design and create, and build the most wonderful place in the world. But it takes people to make the dream a reality.” ~Walt Disney 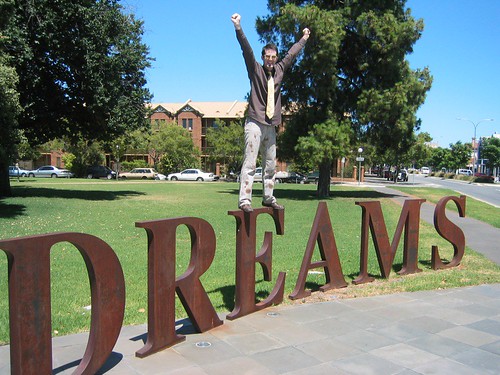 We can learn a lot from Walt Disney. His dreams and collaboration with others created the “Happiest Place on Earth.” This week, a school’s visions and dreams became a reality. In these tight economical time, having a vision of creating a 1 to 1 student:computer ratio for 110 5th graders seemed quite lofty. The principal’s dream spread to his 5th grade teachers, the school-wide technology committee, the school’s grant writing expert (music teacher) and the school’s instructional coach. Together this group worked to design and create a vision to bring the 5th graders (and adults alike) into the 21st Century.

A letter to a foundation and several grants have been written to date. The grant writing process, itself, can be taxing. In some cases we’ve poured out our heart and soul into a grant, only to be denied. Yet one letter/application yielded a donation of 50 netbook computers! Thank you, Gateway Foundation!

For the past six weeks the four 5th grade classrooms have been blogging at Kidblog. The schools only computer lab, of 24 computers, is shared by the 710 students at the school. Computer lab time has been limited! We started this project letting the students know they were geniuses and the world demanded their contribution thanks to the inspiration of Seth Godin and Angela Maiers. My recent blog, And the Oscar Goes To, expresses thoughts about the project.

We’ve known for a while that we’d be receiving the netbook computers. The computers first had to undergo preparation by district tech specialists (thanks to all who worked on the computers). Then came a week of Iowa Test of Basic Skills testing. We chose not to distract the students with the excitement of the computers and let them focus on doing their best on the test!

This past Tuesday the secret was revealed and the netbooks were unveiled. The smiles, gasps, cheers, and applause said it all. Some sat in disbelief even stating later that they just couldn’t believe this dream came true! The students have known for quite some time we were trying to obtain computers for them. Many would ask when the computers were coming, way before we even knew our dream was becoming a reality. It was a thrill to deliver a portion of the schools 1:1 dream to the current 5th grade!

Tuesday and Wednesday were then devoted to learning how to operate the new netbooks. Now the teachers, students, and I can actually feel what it must be like in 1:1 schools. Plans are underway in how to incorporate this gold mine into the existing curriculum.

The students were full of questions as we distributed the computers. It was new learning for all of us as we acclimated ourselves to the features. But once the students reached familiar territory (their blogs) they set sail! Their first mission was to write a thank you blog to the Gateway Foundation. Once again, their thoughts are amazing. Their deep gratitude for this gift shines through each post.

What have we learned: When writing grants it is helpful to sport the “you win some, you lose some” mentality. Continually working toward the dream is more beneficial that fixating on the outcome of the individual grants once they are submitted. I’m a firm believer that if you put your best in something, the best will come back to you. That said, patience is the key. Not everything will turn out in your favor. The journey itself brings new learning and opportunities to strengthen each subsequent grant.

We can’t just wait for someday. Looking back, and as the school continues to move forward, everyone involved has embodied the elements of turning SOMEDAY into REALITY detailed in the blog post “Don’t Wait for Someday” at From Desire to Success. The elements include:

This gift has provided the students a glimpse into their futures. Earlier in this journey we created a video, Help Fund School’s 1:1 Efforts, to help send out our message. It was a message of their hopes and dreams. They continue to strive to do their best with the compassionate and never-ending support of their teachers who fulfill their district’s mission daily!

BELIEVE. . .ACHIEVE. . .SUCCEED
The Sioux City Community School District exists to educate students to believe in
their talents and skills, achieve academic excellence and succeed in reaching
their potential.

There really is NO STOPPIN’ THESE STUDENTS NOW!

The next two months of school is going to be an amazing ride!

A Dream Becomes Reality
3 Keys to Happiness
Inspiration to Write

Enter your email address below to receive updates from Kathy Perret